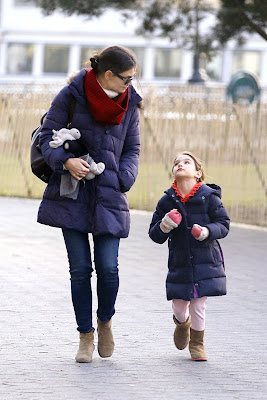 The optimal tumblr experience is the rapid river of content that carries you along if you are following at least several hundred regularly updating accounts. Unlike tweets, the other great river of the web, the good stuff in your tumblr dashboard is images, so you can ride this current without much need of the parts of your brain that process language, the better to admire exquisite celebrity physique and physiognomy and the deep truths conveyed only by GIFs. Some of the posts will be typographical or texty, and you will need your reading glasses to refer to captions if you’re not sure who that possibly-famous person is or what that subtitle says. Actually the captions are a big part of the effect of some of my favorite tumblrs, but as with photography more generally, words are generally secondary even if they do anchor an image’s meaning.
At first the metaphor of curation seemed so delightfully to capture the spirit of the linking web, and to distinguish it from the oversharing mode of confessional blog posts about cheese sandwiches and suchlike (for the record, I have always preferred reading about boring snacks and meals to many other topics, particularly liberal political ranting and the humiliations of air travel). Of course it is arrogant to describe clicking “reblog” on a photograph of the president with a water pistol in the language of art exhibits. (For one jaundiced take, here is The Awl.) The thing about curation is, if everyone gets to do it then the whole world is our museum. That doesn’t sound so terrible actually, but once the activity has passed into ordinariness the title loses its luster and makes us sound like d-bags for talking like that. I like sharing better than curating -- it expresses a spirit of generosity, but also hints at the egocentricity and self-regard fuelling so much of this activity. As in, “Thanks for sharing.” Could be a compliment or a put-down or a bit of both in that sincerely ironic mode of advanced hispterism. It also cuts us down to size a bit.

What I like in a tumblr is wit and verve, sensibility and personality, and expressions of appreciation. I like enthusiastic appreciation of many various things: television characters, baby zoo animals, bookshelves, abstract patterns, vinyl records, Polaroids from the set of Blade Runner, Anne Hathaway’s short hair, old magazines, wood paneling, donuts, VHS, one-sheets, runway models of the 80s and 90s, bicycles, fonts, black tights, Joe Biden. I like tumblr’s all-things-for-everyone, hodge-podgey eclecticism, the surprise awaiting every time I scroll down further into the bottomless page. Tumblr is all at once an adventure and a travelogue, a Dada slideshow, and a way of keeping tabs on Hollywood shooting and publicity schedules. It’s like going to the art, design, and photography sections of Barnes & Noble and paging through all the big books you’d never buy but wouldn’t mind to be given as gifts now and then, for the mid-century modern coffee table of your real estate porn fantasies. Now that channel surfing has been obviated by the program grid and the DVR, tumblr is a way of “seeing what’s on,” minus the ads and infomercials and cable news blowhards.

All of which is to say: if you work involves a computer connected to the internet, tumblr is a pleasurable way of not working.

What follows are some tumblrs you ought to follow. If you’re not into tumblr already, though, I should explain that the experience of these sites is different in the dashboard than it is when you look at the individual page. You have to see the images in the context of the river, rather than all together and harmoniously thematic and coherent. You have to imagine each page jumbled up with all the others you follow. In this way, tumblr (like twitter) is very different from the “flow” of broadcasting and magazines, which is the product of decisions about organization and sequence. The aleatory nature of the river is part of tumblr’s magical effect, and you can’t see that without getting into the whole experience.

In my post on 2011 faves I recommended these tumblrs, most of which are still posting regularly:

this isn't happiness - my choice of them all, consistently high quality, a unique sensibility

dear photograph (as time goes on I'm finding the captions a little too schmaltzy for me, but it's still great)

Suri's burn book, which I think is an inside joke I don't totally get but still appreciate; the image above is from the top post at the moment, and the caption reads: "Every morning, she waits to get dressed until she sees what I’m wearing. I’m over it."

underground new york public library, people reading on the subway even in the e-reader age

tgifreitag, eclectic and mesmerizing (I guess you could say the same for lots of these)

celebs like to eat, a good reminder that even very attractive people look bad in photos when they're putting food into their faces

old loves which I learned about thanks to @kristenwarner

the art of google books

eye for trash and Sierra OffLine, two tumblrs by media historians I'm also friends with elsewhere on the internet

celebrities on the subway

Or texts from hillary, which I miss

moving the still, a “GIF festival”

I watch most of my reality TV in GIF form these days: reality tv gifs

Glitches (some of which are also GIFs):

year of the glitch is one of the best glitch blogs

I have two tumblrs of my own: I post mainly things somewhat related to my research interests at fraktastic. I reblog GIFs at giferrific.

So what are your favorites?